Did you know that 1.6 million hectare of rainforest in Suriname has been added to Unesco’s World Heritage list? I was trying to figure out how large this area is. To give you an idea The Netherlands as a country is around 4.1 million hectare. Or if 1 ha is the size of 2 soccer fields, well then we can all do the math. It is one of the largest protected areas of rainforest in the world. In the year 2000 it was designated a UNESCO World Heritage site.

The area is called Central Suriname Nature Reserve and lies in west-central Suriname. The conservation value of this rainforest in Suriname is very remarkable. Not only because of the large scale of this area but also because of its natural and untouched state. 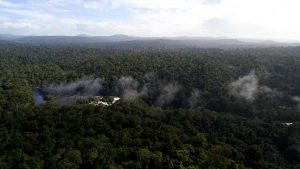 This region of rainforest has a high diversity of plant life and a large number of animals typical for the region. Animals like the Jaguar, Giant Armadillo, Giant River Otter, Lowland Tapir and eight species of primates.

Besides the flora and fauna, Pre-Colombian cultural artefacts have been found near rivers in different parts of the region. Suggesting a potentially significant cultural heritage hidden within this almost inaccessible area.

However, the true extent of the area’s diversity is not fully known. While large parts of the Amazon regions are rapidly being transformed by logging, hunting, mining and settlement, the Central Suriname Nature Reserve can still be characterized as an intact conservation of a large scale. It remains for the most part inaccessible and unaffected by human activity.

Fabian Vas, one of the +597 Photography photographers loves to explore this pristine rainforest. With his tour company he takes nature loving people to places where other tour companies aren’t going. In small groups Fabian himself will show you the beautiful nature of Suriname. Besides tours Fabian wants to achieve his goal by capturing the beauty on photo and video. He has been working with different international film producers to help them to get around in Suriname. So not only the people from Suriname but also the rest of the world get the chance to see what Suriname has to offer. 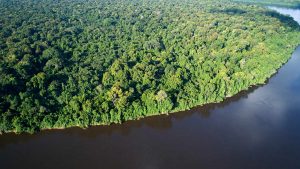