The year 2021 has started really well for us. We are beyond proud of the news that photographers Coco Duivenvoorde and Rafael Jantz have joined the team at +597 Photography.

Coco is our first female photographer and visual artist to join our roster of talents at +597 Photography.⁠ Coco studied documentary photography at the Royal Academy of Visual Arts in The Haque, The Netherlands (2011) and worked as a theatre photographer for 5 years after her study. ⁠ 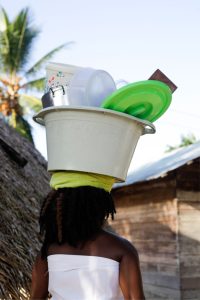 After her Fine Art Master Degree at the Dutch Art Institute in Arnhem, The Netherlands (2015) she traveled to Indonesia and Suriname for art projects .

When she was in Suriname she fell in love with the people, nature and the culture. That is when she decided she wanted to live in Suriname. So as of 2018, she is an official Suriname resident. Besides her art projects, Coco is actively involved in various cultural foundations in Paramaribo and the interior of Suriname, where she works as a project manager. According to Coco the Surinamese nature and culture are her greatest source of inspiration.

You can check out more of her work via this link.

In 2019 when I started +597 Photography, Rafael was on my initial wishlist. I knew he had to be part of this platform of amazing Suriname photographers. Almost 2 years later, we finally made it happen. Rafael (1986) was born in Florida, but grew up in Suriname. He found his passion for visual storytelling in 2009 while working at a production company that mainly specializes in documentaries. He takes his camera with him everywhere and is drawn to capturing his experiences and the places he visits. 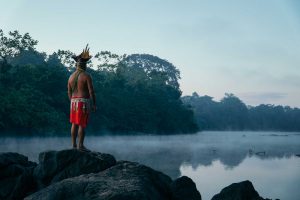 With his intimate knowledge of the rainforest and its inhabitants he tries to bridge the gap between the Western world and the Amazon. One way to do this is by showing the world the many incredible scenes. Scenes that one can only see by spending time in this dangerous, wild, and incredibly beautiful landscape.

Because of his respectful approach towards the people he portrays, he is able to win their trust and capture their stories and emotions through imagery. 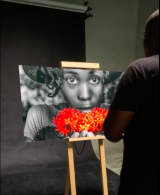